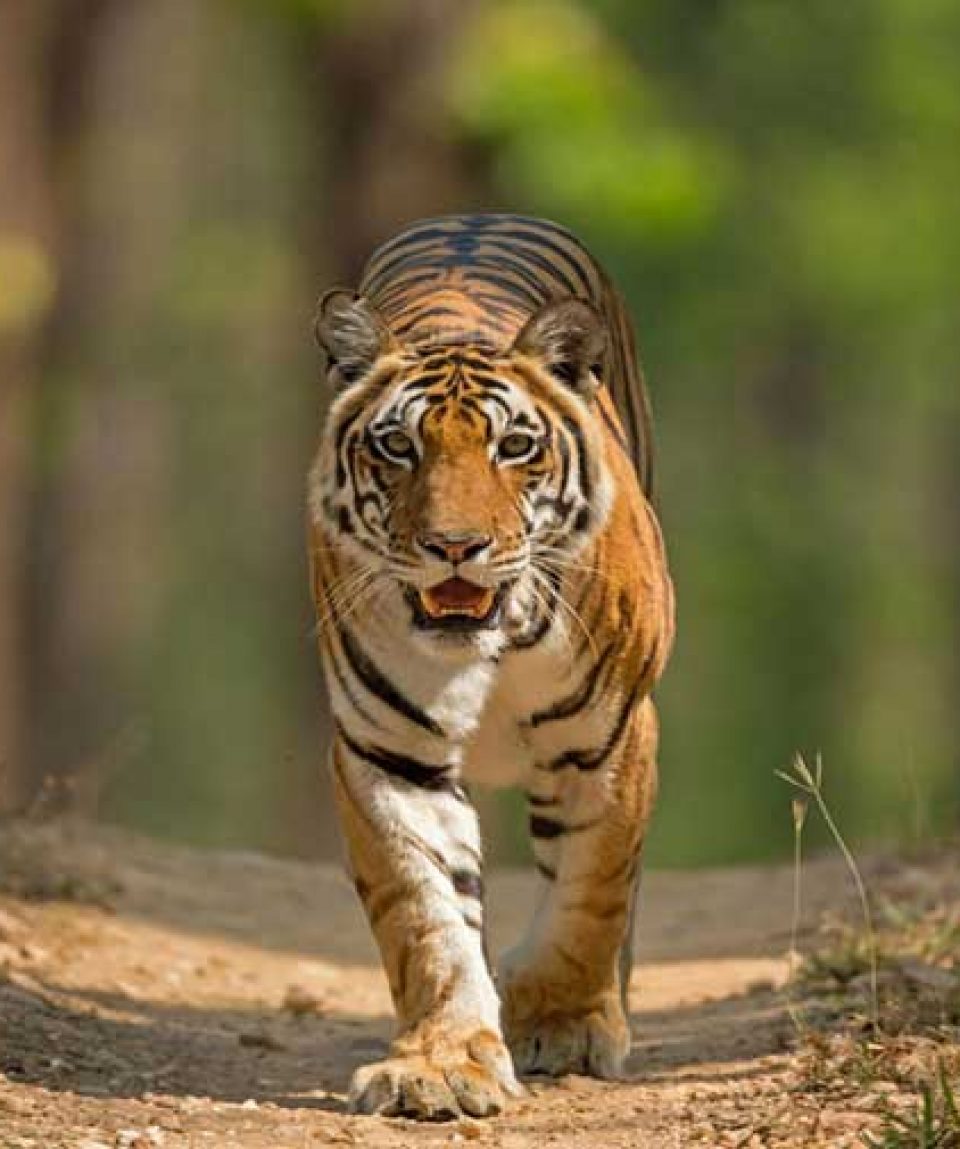 Book Now
All about the Tiger Tour With Ganges.

This tour covers few of the most popular wildlife destinations named Bandhavgarh and Kanha. These are well known wildlife destinations in the state of Madhya Pradesh [Central India]. Kanha National Park was came in to the existence in 1974 under the tiger project. The animal found here are tiger, Bison, Gaur, Sambhar, Chital, Barking Deer, Black Deer, Chousingha, Nilgai, Mouse Deer, Sloth Bear, Jackal Fox, Hyena, Jungle Cat, Python, Pea Fowl, Monkey, Mongoose, Leopard etc. This park has also large number of flora and fauna. The abode of Royal Bangal Tigers “Bandhavgarh” is well known place in Madhya Pradesh and as well as in Indian Wildlife destinations. Bandhavgarh National Park was came in to the existence in 1968 under the Tiger reserve. It has maximum number of Tigers than any other National Park in India. Apart from large number of verities of flora and fauna it has more than 22 species of mammals. Jackal, Bengal fox, Sloth Bear, Rattle, Mongoose, Hyena, Wolf, Wild Dog, Leopard, Chital, Sambher and specially Benagl Tigers are few of them. Bandhavgarh National Park is spread over 500 Sq kms of are out of which 105 sq kms is considered as a core area. Visiting of Khajuraho for Erotic Sculpture Art and holiest city Varanasi is another attraction of the tour. 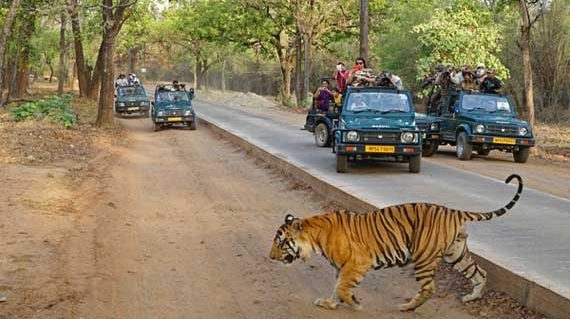 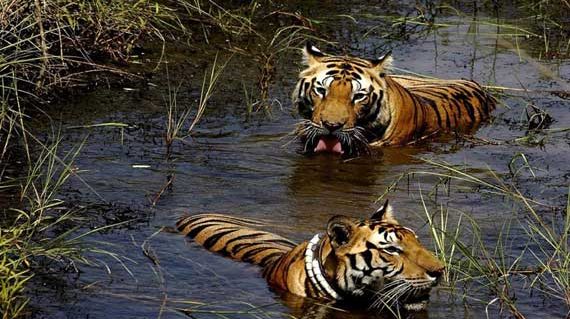 Suggested Hotels and Price for Tiger Tour with Ganges

Per Person Tour Cost Based on Minimum 02 Paying Pax

The tour package inclusions and exclusions at a glance.
Kanha Eco VillageKanha 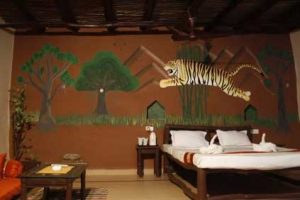 October to March is the best time for Tiger Tour with Ganges. Any how you can also do this tour till 30 Jun.

We advise you not to bring any Pet. Most of the hotels do not allow Pets in their premises. Also in few monuments Pets are not allowed to go inside. 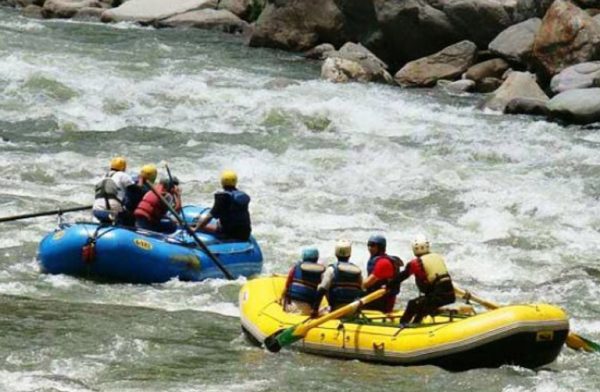 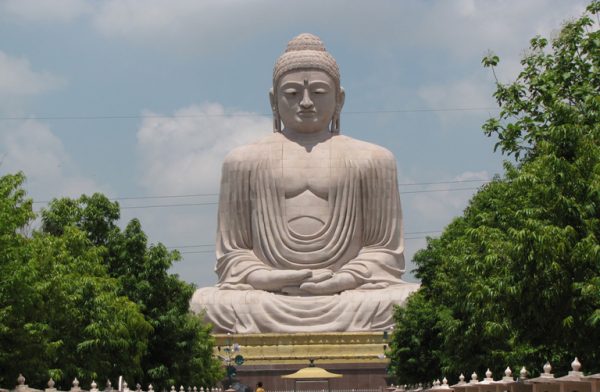 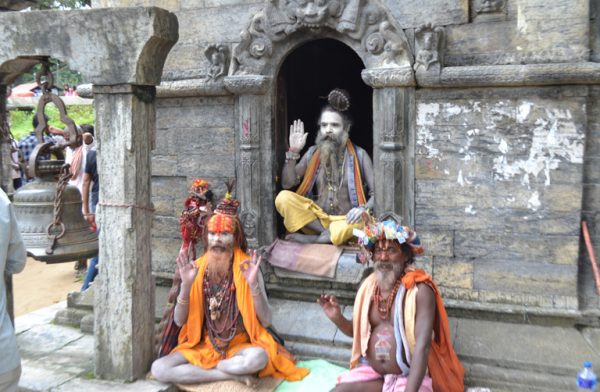